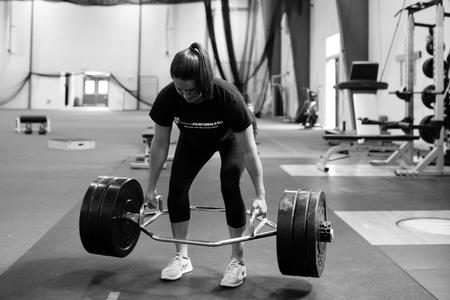 Beth Carlton graduated from the University of New England in May 2013 with a BS in Applied Exercise Science.  While at UNE, Beth played on the Women’s Basketball Team where she had quite a successful career. During her four years she was awarded with Freshman Rookie of The Year, Maine Women’s Basketball Coaches Association (MWBCA) All Rookie Team, The Commonwealth Coast Conference Second Team, MWBCA First Team, New England Women’s Basketball Association (NEWBA) First Team , Eastern College Athletic Conference (ECAC) First Team, Division Three Hoops Northeast Second Team, National Women’s Basketball Association All-America Honorable Mention Team, The Commonwealth Coast Conference First Team, and The Commonwealth Coast Conference Player of the Year. Beth also joined the 1,000 point club during her 4 years of playing. She won two conference titles, an ECAC championship, and went to the NCAA 3 times during her career. She earned an MS in Rehabilitation Sciences from California University of Pennsylvania in July of 2015. Beth received her certification as a Corrective Exercise Specialist in December 2014. She is currently working towards her certification as a Strength and Conditioning Specialist (CSCS) from the National Strength and Conditioning Association. Beth is a Morse High School graduate from the class of 2009, where she participated in Soccer, Basketball and Lacrosse.

Beth has a firm understanding of anatomy and physiology, and what clients need to achieve their goals.  Beth’s persistent drive to achieve success, education, experience, and successful athletic background all make her a unique and highly effective coach.  With her broad background in local sports and healthcare, she is ideally suited to work with non-athletes and athletes alike. Beth helps clients move well, train hard and perform better.